You are here: Home1 / Grants2 / Exporting your wind energy back to the grid – what you can expect to e... 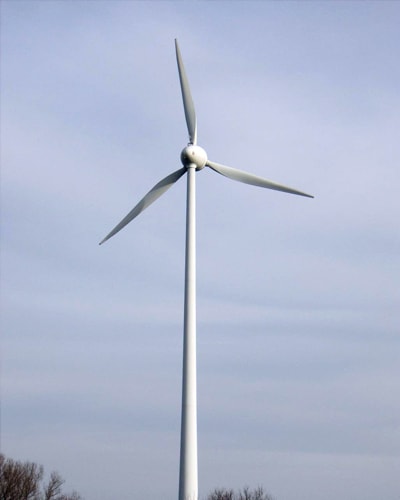 Ireland now produces 18% of its electricity today using wind. You may be considering moving to wind energy yourself because by installing a wind turbine will ensure you have access to low cost electricity, insulating yourself against energy price inflation. Before you embark of installing a wind turbine, there are a few important considerations you should make in order to calculate how much you can expect to save on electricity each year.

If you install a wind turbine, you are more than likely going to do it by becoming an autoproducer. An Autoproducer is defined as someone who generates and consumes electricity at single premises, essentially for their own consumption. At the moment in Ireland multiple clients cannot be supplied from the same wind turbine installation.

When a wind turbine is connected on-site, if the load is equal to or greater than the output of the turbine, there will be zero export with all energy being consumed on-site. At times of low load such as night time and or weekends when the wind turbine output is greater than the load, the excess is exported. Ideally, an autoproducer would consume 70% to 100% of the energy produced on-site. This is because for every kWh they generate and use, they make a saving of 16-18 cent.

To encourage investment in wind energy that will bring Ireland to its renewable electricity target of 40% by 2020, the government created the REFIT 2 support programme.  The Renewable Energy Feed in Tariff (REFIT2)  support scheme operates by guaranteeing new renewable generation a minimum price for electricity exported to the grid over a 15 year period. In Ireland, Autoproducers are generally allowed to export up to 500kW. REFIT 2 is not payable for electricity generation consumed onsite.

The table below illustrates payments available under this scheme.

Your wind turbine would produce approximately 655,500kWh per annum (Depending on factors such as wind speed). If you are paying 16 cent per kWh, this equates to a saving of €104,880, if you are using 100% of the electricity you generate.

So as you can see from the examples above, installing a wind turbine through the autoproducer route makes perfect business sense. However, it is worth noting that the higher your capacity the greater the savings per annum and the quicker your project will reach payback. What is evident is that the Irish government could be doing more to support wind energy and renewables, especially compared to the UK and Northern Ireland feed in tariff of 24p per kWh.

The scheme is open to new plants built and operational between 1/1/2010 and 31/12/15 that can fulfil the terms and conditions including planning permission and grid connection.

If you are interested in becoming an autoproducer in the Republic of Ireland or Northern Ireland and would like calculations based on your site, please contact Enerpower for more information on this service +353 (0)51 354054 / www.enerpower.ie

Is the Irish Government doing enough to reach their Renewable Energy Target... Miscanthus V Willow
Scroll to top
We use cookies to ensure that we give you the best experience on our website. If you continue to use this site we will assume that you are happy with it.Ok