Three countries are capturing wind to power all our futures

You are here: Home1 / News2 / Three countries are capturing wind to power all our futures

As Bob Dylan once sang, “The answer, my friends, is blowin’ in the wind.”

Reflecting on 2015 from our cozy perch here in early 2016, it would seem as though Dylan was right, at least in terms of wind energy. 2015 was one of the best years for wind energy ever, even better than 2014, which saw remarkable growth in wind power around the world.

According to the Global Wind Energy Council, there were about 268,000 wind turbines spinning around the world at the end of 2014. And as the 2015 numbers continue to roll in, it would appear that more and more countries are increasing their efforts and commitments by producing clean, renewable wind energy.
Three countries in particular stepped up their wind power game so much last year they deserve a special shoutout.

In 2015, Denmark emerged as the world’s leading wind energy producer for the second year in a row.
According to Danish utility company Energinet, an incredible 42% of the country’s energy came from wind power last year, which is the highest proportion achieved by a single country.

While this success is partly due to an extremely windy year in Denmark, the results are consistent with the country’s efforts to produce more and more wind power, as part of its commitment to hit some significant goals: relying on 50% wind power by 2020 and being 100% renewable by 2050.

The country’s goals may be lofty but, as Denmark’s minister for energy, utilities, and climate, Lars Christian Lilleholt told The Guardian, hitting them should provide a case-study in what is economically possible when you’re committed to renewable energy:

“Hopefully, Denmark can serve as an example to other countries that it is possible to have both ambitious green policies with a high proportion of wind energy and other renewables in the energy supply, and still have a high security of supply and competitive prices on electricity.”Nicely done, Denmark.

Morocco is the home of spiced coffee, beautifully intricate architecture, and of course Casablanca — the best town in the world to walk into a gin joint and annoy Humphrey Bogart.

Morocco is also the home of Africa’s largest wind energy project: a farm that covers an area of 8,900 hectares with 131 turbines.

Morocco’s investment in wind energy has definitely paid off, as the price of wind power has just reached a new global low for Moroccan citizens with the lowest bids being around $25 per megawatt-hour.

Normally, reaching a new low is a bad thing (like starring in a road trip movie with Zac Efron), but in this case, it means that the cost of wind energy is now cheaper than it’s ever been in Morocco. Wind energy is even cheaper than coal power, which is often described as the “dirty but cheap” energy option.
The results of the wind energy project are “amazing” according to Abderrahim El Hafidi, vice minister of energy and environment in Morocco, who hopes that it points to a “real revolution” in energy production around the world:“Isn’t that amazing that we can have confidence in renewable energy for the future of our energy and for the future of the planet?”Hey, Morocco, I know we don’t talk much but … you’re pretty awesome.

3. And finally, we have China.

China, the “Greatest Wall” winner of 206 B.C., has had a tumultuous relationship with renewable energy in the past, to put it lightly.

The country is the biggest polluter in the world and emitted about 10,540,000 kilotons of carbon in 2014. (Before you get too judge-y, America had the dubious honor of coming in second place.)

Recently though, China has made efforts to turn that number around. Late in 2015, China committed to cap and trade carbon emissions and sharply increased its targets for both wind and solar production.

Because of those efforts, as of last year, China is believed to be the largest installer of clean energy in the world.
According to a report from British research firm GlobalData, in 2015, China accounted for 40% of all renewable energy projects. Which is representative of their shift in policy and consciousness.

Energy company Maxwell Technologies also recently announced that it had been selected by a Chinese electric company to build the world’s first megawatt-scale, ultracapacitor-based wind farm energy storage system. Or, to put it simply, they’re creating one of the most efficient and powerful wind power systems on the planet.

Dr. Franz Fink, Maxwell’s president and CEO, noted the unique opportunity is indicative of a growing demand for clean energy in China and around the world:
“With growing demand, we see a great deal of opportunity to partner with more Chinese customers to expand ultracapacitor-based energy storage in more applications.”

Here’s to you, China.

As wind power technology continues to advance, it will only get more efficient and more cost-effective.One of the reasons wind power is on the rise is because the business of wind power is improving. While clean renewable energy is good for the health of the planet, a lot of countries can’t or won’t reasonably make the shift until it’s a good economic decision to do so.

With wind power costs being so affordable in Morocco, and with Denmark and China leading the way into a wind-based energy future, it won’t be long until every country can find the economic justification to follow suit, for the good of humanity as well as our collective wallets. 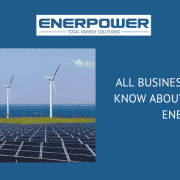 What Businesses Need To Know About Renewable Energy

Are wind farm health concerns a load of hot air?

Sweden on target to run entirely on renewable energy by 2040

What “happened” in renewables last year, 2015?
Scroll to top