For Philip Totaro, CEO at Totaro & Associates, the COP21 was the top event last year.

“I would have to undoubtedly say the COP21 event in which the commitment of private and public funds to double the R&D spend to USD 20 billion is the most significant event of 2015. Assuming the money is appropriately distributed and intelligently spent, it has the potential to have a profound impact on cost competitiveness of renewables.”

You can read Philip Totaro’s article “With COP21 Dea in Hand, Let’s Focus the R&D Spend on Bridging the TRL Gap”.

You can also check out Mariyana’s feature on the push for more renewable energy investment after the COP21 deal.

Sven Lindstroem, CEO of thin film solar cell firm Midsummer, and Wiki Solar’s Philip Wolfe, who has been in renewables since the 1970’s, also point to the Paris COP21 Agreement as one of the most significant events for the renewable energy sector’s future. The other one is the extension of the ITC/PTC in the US.

China’s National Energy Administration (NEA) recently said the country has installed 15.13 GW of solar photovoltaic (PV) capacity in 2015, reaching a cumulative 43.18 GW. According to GTM Research, 59 GW have been installed globally in the past year.

“The COP21 conference in Paris was a successful event and it made the two most conservative climate nations, US & China bet heavily on PV as the solution for the future,” Sven Lindstroem commented. These two countries have now taken the lead in PV installations leaving both Europe and Japan behind.

For Mr Lindstroem the fact that China is heavily promoting rooftop solar instead of large parks in the north west, where no one lives, is also one of the good news in 2015. He recommends Reuters article “China’s rooftops hold power to propel solar into the mass market“.

From the perspective of utility-scale solar, the ITC extension (see “The ITC Awakens: What the Extension of a Key Federal Tax Credit Means for Solar“) and the accelerating grid parity are worth mentioning, according to Philip Wolfe. His list of the biggest events for the past year also includes the more than 10 GW of solar capacity tendered in reverse auctions in India.

You can read Philip Wolfe’s overview of the progress that leading utility-scale solar markets have made in the lead-up to COP21.

A report by Bloomberg New Energy Finance (BNEF) shows that clean energy investment in 2015 has reached the record-high USD 329.3 billion. China and the US occupied the first two positions in terms of investments by country, while the UK was third with USD 23.4 billion spent on renewables, up by 24% on 2014.

Plamena from the SeeNews Renewables team is mainly focused on the UK market and, naturally, the most important topic for her last year was the significant drop in government support for the sector.

Since coming into power in May 2015, the new UK government announced a number of measures to rein in green subsidies. One of those was a review of the feed-in tariff scheme, which supports small-scale renewables. The proposals, unveiled in the summer, included cutting the solar FiTs by up to 87% and caused an outcry in the solar industry. In its final decision announced on December 17, the government softened the cuts. According to its own estimates the move threatens 18,700 jobs in the sector.

The Solar Trade Association (STA) recently said that despite reduced tariffs, solar remains good investment for householders. This gives some hope for the future of the UK solar sector.

In late 2015, UK energy secretary Amber Rudd drew much attention with her so-called policy reset speech that in spite of setting an end for coal generation and promising support for up to 10 GW of offshore wind appeared out of tune with the rhetoric and enthusiasm around COP21 in Paris.

The whole SeeNews Renewables team agrees that the “ascend” of energy storage was one of the notable developments in 2015 too.

Ever since the launch of Tesla’s Powerwall, energy storage has been attracting growing attention and media coverage as the market develops — from residential products, utility projects, government support for grid modernisation, supply deals, even innovative financing models.

One of the interesting projects announced last year is for a 50-MWh storage system to be installed at a wind park in Yeongyang, South Korea. Lithium-ion battery maker LG Chem Ltd (KRX:051915) said this would be the world’s largest wind energy storage project.

Battery and storage companies have raised USD 397 million of venture capital (VC) funding in 2015, a bit below USD 431 million in 2014, according to Mercom Capital. The second largest deal was Younicos’ USD-50-million investment round. US major First Solar Inc (NASDAQ:FSLR) participated to support the energy storage firm’s efforts to further scale its deployment of intelligent energy storage solutions.

First Solar’s chief technology officer Raffi Garabedian said that the US solar major is “eager” to understand how storage technology can broaden the power plant offerings.

Government Grant for Solar Panels for your home 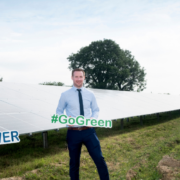 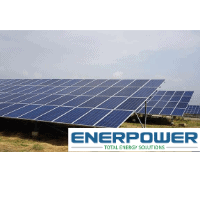 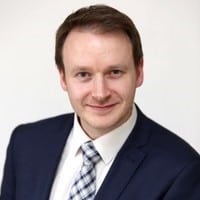 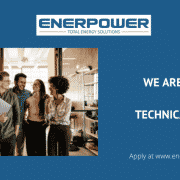 Are wind farm health concerns a load of hot air? 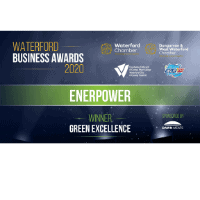 Three countries are capturing wind to power all our futures

Solar PV – A bright future for solar power
Scroll to top
We use cookies to ensure that we give you the best experience on our website. If you continue to use this site we will assume that you are happy with it.Ok