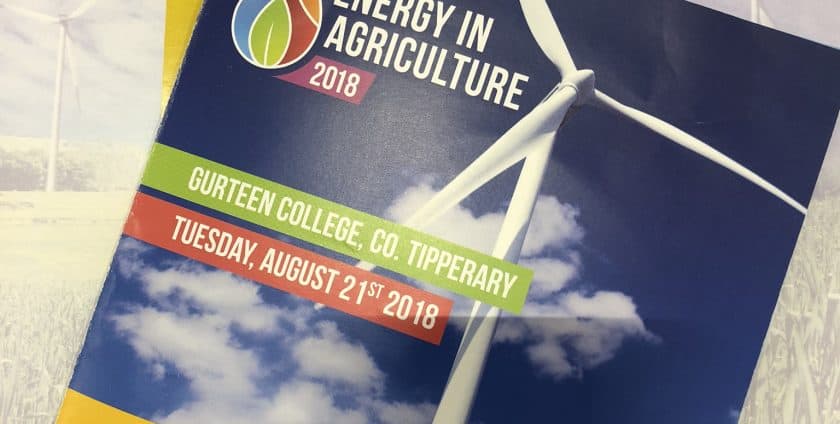 Enerpower are delighted to have attended the Energy in Agriculture Show on Tuesday 21st August at Gurteen College. With great attendance at the event, it gave the perfect opportunity for the team at Enerpower to meet with members of the farming community and discuss how renewable energy can help on the farm. The team at Enerpower look forward to following up and discussing further how we can help save money on the farm.

The event was opened by Denis Naughten T.D. Minister for Communications, Climate Action and Environment. In his opening remarks, Minister Naughten spoke of how growing up on a suckler and sheep farm, he understood “directly the benefits farming has to the community and the economy as a whole”

The Minister outlined that how he feels that has the privilege to be in his position so that he can help address “a number of challenges and give direction to his department that will benefit rural Ireland”. Speaking regarding the Governments commitment to funding, the Minister outlined that 1 in every 5euro spent over the next decade on capital investments will be climate related.

The event was organised by Energy in Agriculture, Tipperary Energy Agency, Teagasc and the Irish Farmers Association.  Members of the farming community nationwide were in attendance to listen to discussions on Practical Farm Energy, the Support Scheme for Renewable Heat and Delivering Sustainable Energy through agriculture.

During the day, demonstrations on Solar PV and wood mobilization were well received by the crowd in attendance along with special clinics where farmers could receive advice on a number of items ranging from a tax clinic to a legal clinic.

The team at Enerpower were delighted to have the opportunity to speak with both Denis Naughten T.D and Sean Kelly MEP who both reaffirmed the Government’s commitment to the Support Scheme for Renewable Heat which is launching soon.

The team at Enerpower look forward to following up with those we met at the Energy in Agriculture show and discuss how we can help save money on the farm.

If you would like to generate renewable energy for your business, and be financially rewarded for doing so, contact Enerpower on 051 364 054.  Enerpower can carry out a detailed survey at your property and offer you a bespoke solution that suits your business and circumstances. 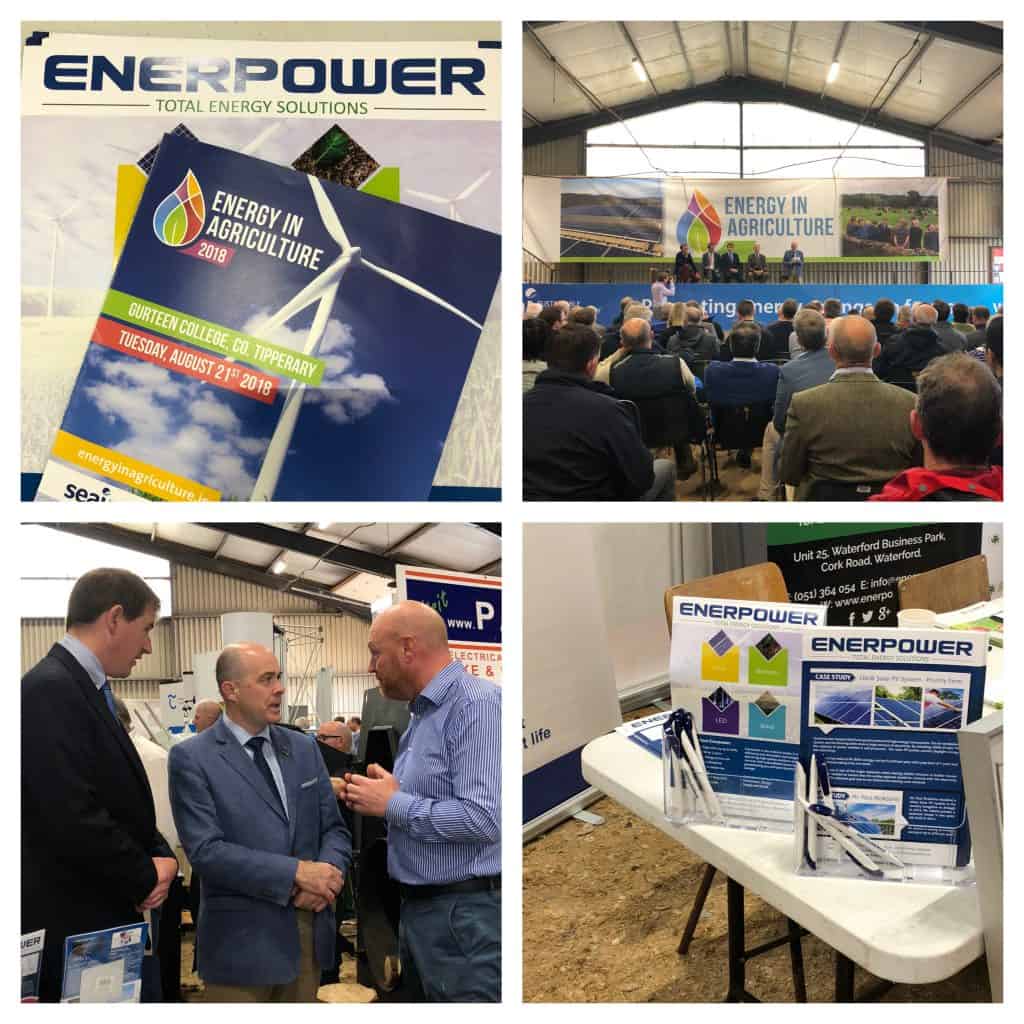