Organisations call for target to supply 70% of electricity from renewables by 2030.

You are here: Home1 / News2 / Organisations call for target to supply 70% of electricity from renewables... 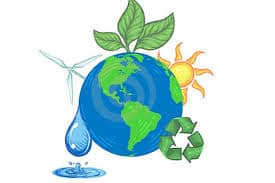 Eight organizations representing renewable energy in Ireland called on the Minister for Communications, Climate Action and Environment Denis Naughten TD to set a target to supply 70% of electricity by renewables by 2030.

In June 2018 the European Union agreed that 32 per cent of the EU’s energy – across electricity, heat and transport – will come from renewables by 2030. Ireland’s share of that target will be negotiated with the EU in the coming months.

A comprehensive report from leading energy and utilities experts Baringa says it is technically possible and cost neutral to the consumer for Ireland to use renewable energy to supply 70 per cent of our electricity by 2030, which would go a long way towards reaching the EU target. A summary of the report can be found here.

It follows confirmation from the Climate Change Advisory Council in July that Ireland will miss its overall 2020 target for renewable energy, warnings from the Environmental Protection Agency highlighting the failure to reduce greenhouse gas emissions and comes as the International Panel on Climate Change meets in Korea.

In September the Joint Oireachtas Committee on Climate Action began meeting to respond to the calls from the Citizens’ Assembly earlier this year for Ireland to become a leader in tackling climate change.

Currently, approximately 30 per cent of Irish electricity comes from renewables and while Ireland will fall short of its overall 2020 target it is expected to still reach its 40 per cent electricity target.

You can view the full press release on the Irish Bioenergy Association page by clicking here.