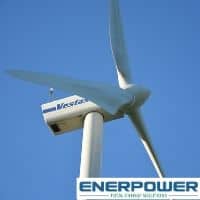 Renewable energy made up almost half of Britain’s electricity generation in the first three months of the year, with a surge in wind power helping to set a new record for clean energy. An article published in the UK Guardian Newspaper on Thursday 25th June writes how the UK continues to break its own records in relation to renewable energy.

Official data released by the UK Government shows that in the first three months of the year the UK electricity generated from renewables was 47%.  The previous record set last year was 39% .  The data for this report shows renewable energy taken from Windfarms, solar panels and hydro power as well as bioenergy generated by biomass.

According to UK government energy analysts, there was a growth in electricity generated by solar panels and wind farms by over a third in the last year.

The “substantial increase” in the UK’s total renewable energy output was chiefly driven by a growth in electricity generated by solar panels and windfarms which climbed by more than a third over the last year, according to the government’s energy analysts.

Wind power generated by the UK in the first quarter was at 30% which was a increase on the previous record of 22.3% which was set in the final months of 2019.    A string of new offshore windfarms built this year helped nudge renewables past fossil fuels, which made up 39% of UK electricity, in a crucial tipping point in Britain’s energy transition. It is also worth noting that British coal plants are shutting down ahead of a 2025 ban.

Rebecca Williams, of Renewable UK, said the renewable energy industry’s records were bound to be broken again in the years ahead as the government worked on “a massive expansion of renewables as part of the UK’s green economic recovery”

Have you considered changing your own business over to renewable energy? There are many benefits to this, not only with operational savings to your business. Enerpower can complete a free energy audit for your company if you are considering making the change. This audit would provide you with clear information on the benefits that your business would make to environment with a reduction in emissions as well as the impact on the environment.

The aim of the energy audit tool is to help businesses determine the opportunities that lie within to change to a renewable energy source that will meet the specific needs of their business.

If you would like to know more about changing over to renewable energy for your business, please call 051 364 054.