Enerpower yesterday welcomed Minister Eammon Ryan and the government’s announcement of the Climate Action and Low Carbon Development Bill 2020. This bill is a brave and ambitious step to bring Ireland to a low carbon future. The bill outlines a road map that will bring Ireland to a net carbon neutral 2050. 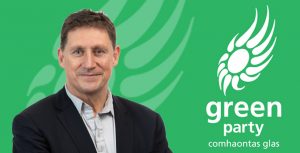 The bill commits to reducing carbon emissions annually by 7%. This will be achieved by placing carbon emissions ceilings across all industries and sectors. As business and organisations look at reducing these carbon emissions, renewables will become a pillar to their success, and this has been outlined in the strategy set out by the government. This action by the government shows how Ireland can become a leader in climate action. Ireland business community now can continue being the force of positive climate action change in Ireland.

Eammon Ryan said in his press conference yesterday “that by 2050 we will be a carbon neutral economy”. The Climate Action and Low Carbon Development Bill defines a carbon neutral economy as “a sustainable economy where greenhouse gas emissions are balanced or exceeded by the removal of emissions.” This is something that Enerpower have been committed to helping businesses and organisations achieve since the company was founded in 2005. Now 15 years on we are still committed to this cause.

Recruitment – Maintenance Electrician
Scroll to top
We use cookies to ensure that we give you the best experience on our website. If you continue to use this site we will assume that you are happy with it.Ok