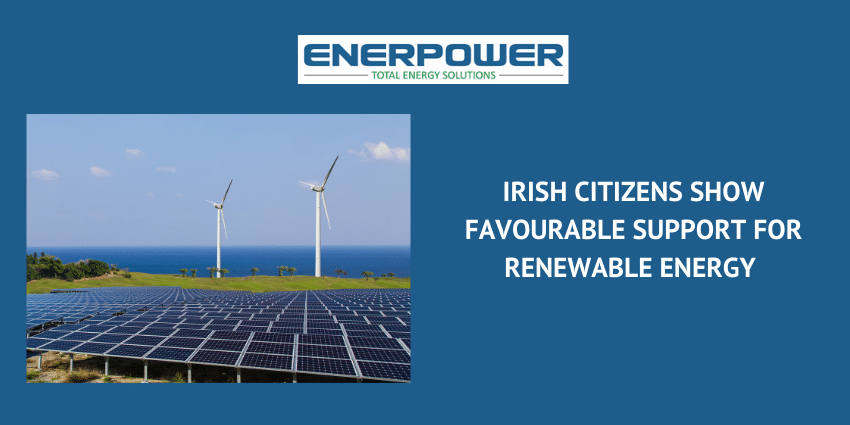 According to a survey conducted by Statkraft, over 80% of Irish people are among the most concerned in Europe about climate change and if the energy they consume in their homes is generated by renewable energy sources.  Statkraft conducted a survey from eight European countries including Ireland, France, Italy, and the UK, the study found that more than 85% of Irish people show favourable support for solar power installations and 72% of people support the development of onshore and offshore wind developments.

Statkraft Ireland Managing Director Kevin O’Donovan said: “This research unequivocally found that majority of the Irish public are worried about climate change and they understand the seriousness of the challenges that we are facing” he also added that “The majority rightly want their governments and companies to do more when it comes to solving the climate crisis and they also care a lot about whether the power they use in their own homes and lives comes from a renewable source.”

Many companies across Ireland are actively looking to reduce their impact on the environment, many of whom have been assisted by Enerpower such as leading brand names such as Eli Lilly and Lidl.

In Europe, Ireland is one of the countries furthest away from achieving the climate change targets set in place at COP26 this year. Ireland currently sits 20th out of the 27 EU member states and a member of the CCAC (climate change advisory council) expects Ireland’s carbon emissions will continue to rise this year.  It is evident from the survey conducted that the Irish public supports renewable energy installations and developments. However, it is our government that needs to set out a plan that requires more action.

Climate change is a growing issue worldwide and it is important to act upon this now, Enerpower is leading the way with renewable energy installations nationwide allowing businesses to become self-sufficient for their energy needs. Enerpower are on hand to assist your businesses in making the transition to renewable energy and reduce carbon emissions. This in turn will benefit future generations. Enerpower clients are leading the way and setting examples for other companies to follow suit.

If your business is interested in renewable energy investment you can contact Enerpower on 051 364 054 or email at info@enerpower.ie .

Renewable Energy Power Is Set To Break Global Records In 2022.
Scroll to top
We use cookies to ensure that we give you the best experience on our website. If you continue to use this site we will assume that you are happy with it.Ok