Enerpower Supplied, Installed And Commissioned A 160kwh Biomass Boiler For Tesco In Wicklow. 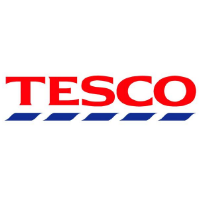 A  biomass boiler was installed for tesco in Wicklow as the existing oil boiler in the tesco Wicklow store was approximetely 20 years old and approaching end of life. Enerpower were asked to offer an innovative renewable solution for heating this medium sized Tesco store. Enerpower looked at the existing heat load and heating system, then put together a proposal to convert to renewable energy.

Enerpower proposed a biomass heating system financed and operated on an ESCO based model. This model required no capital outlay from our Client Tesco Ireland while offereing them a 15% saving on energy costs.

The heating solution was a biomass boiler in Tesco Wicklow contained in a removable shed like structure. The existing heating system was reconfigured to allow the biomass to provide 95% of the heat load and the existing oil to back the biomass up in the event of increased load or technical difficulties. Certain elements of the building controls and internal fabric were also improved as part of the works. The onsite programme for the works was 2 weeks and heating to the store was only disrupted for four hours over night during closed hours. The system has been running seamlessly since late 2013 and due to the success of the project Enerpower have succeeded in securing two additional projects with TESCO Ireland and are adding the finishing touches to proposals for several other projects.