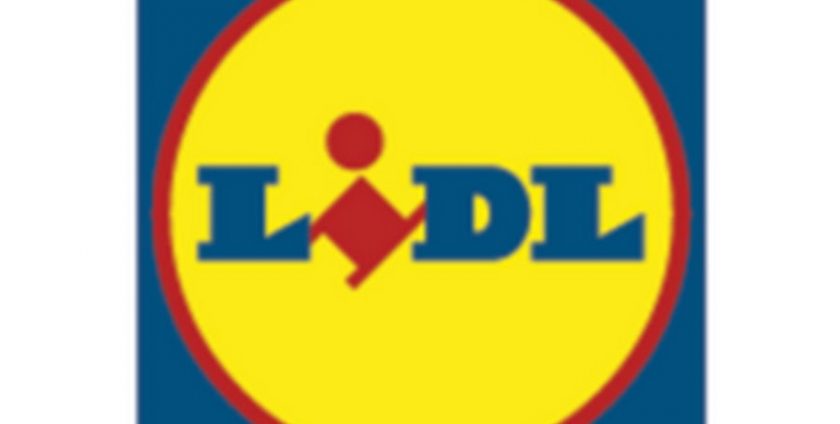 Ireland’s Largest Solar Array consisting of over 4364 solar pv panels and installed by Enerpower is now producing energy for the 58,000m2 distribution centre.   Enerpower worked closely with the Lidl team to ensure that their overall objectives of sustainability were met at this new purpose-built facility.    Lidl a member of the Bord bia Orgin Green Programme has committed to a five-year sustainable development plan with numerous targets that lidl reports each year.  As part of this programme lidl are aiming to reduce their overall carbon footprint at this new facility.

The facility will now produce 1,011,929 kilowatt hours of energy from the rooftop solar pv array.    These solar panels will meet over 25% of the energy requirements for the building, this is the equivalent of the electricity requirements for 240 homes.  The overall goal of lidl to reduce their carbon footprint, will result in a reduction of 473 tonnes from this facility alone.

During the construction phase of the project, up to 300 workers were on site.  The facility which 58,000m2 is almost the size of seven football pitches.    The new warehouse and distribution hub will service Lidl’s stores in the wider Leinster area. The warehouse will be one of the biggest in Ireland with over 80 unloading bays and will include 352 parking spaces to cater for staff vehicles. An estimated €1m worth of energy-saving solar panels will be installed on the roof of the large-scale depot.

The installation which consists of East/West flat roof frame consists of 4364 solar panels.   This SMA inverters installed on this project are highly efficient for working to this capacity of energy generation.   The solar panels are mounted using the Valk Pro East/West roof frame which will help provide maximum yield to the installation.    These systems are robust and are to a high standard and quality.

The solar panels installed are a Phono 275wp panel. A premium panel providing a higher conversion efficiency with more power production per unit area.  Containing an enhanced spectral response at longer wavelength, the panels boost at low light performance and can produce more than 3% additional power compared to standard panels. 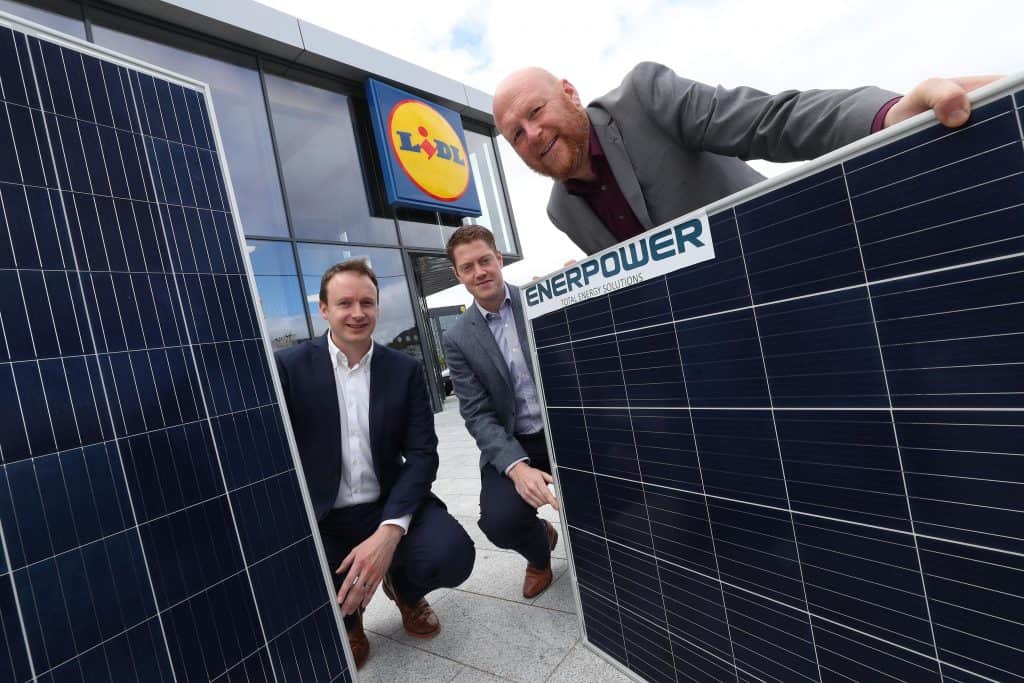 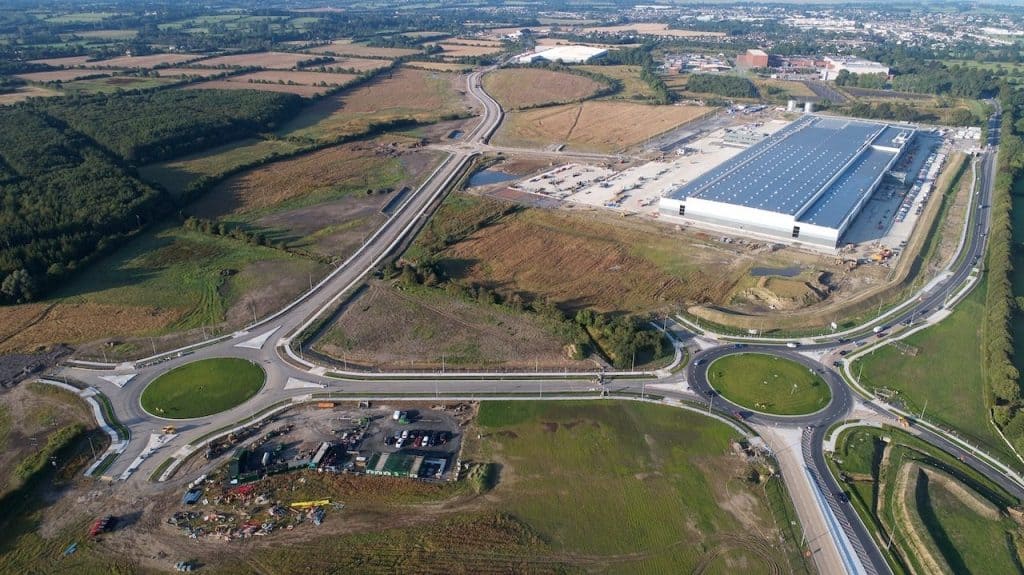 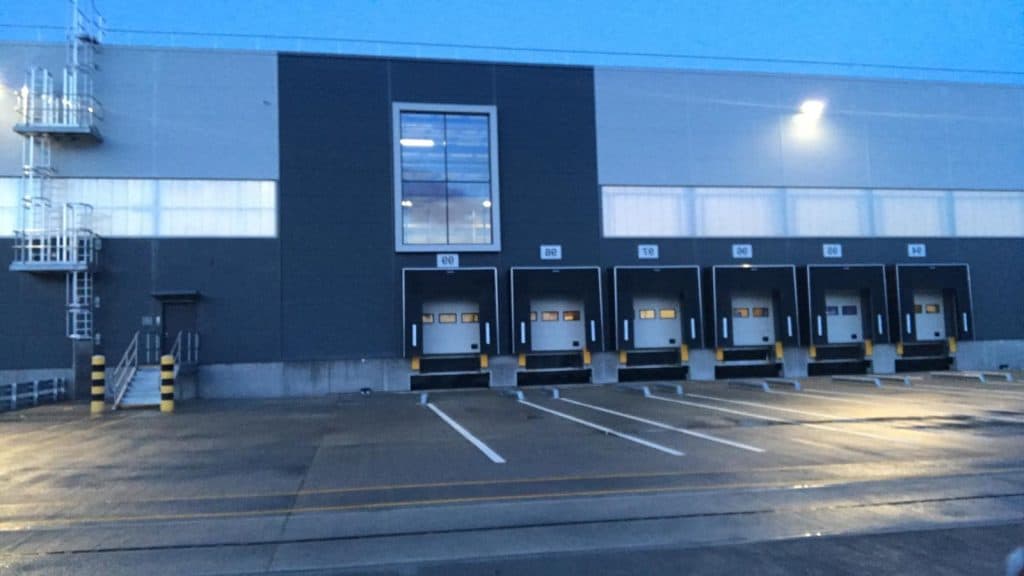 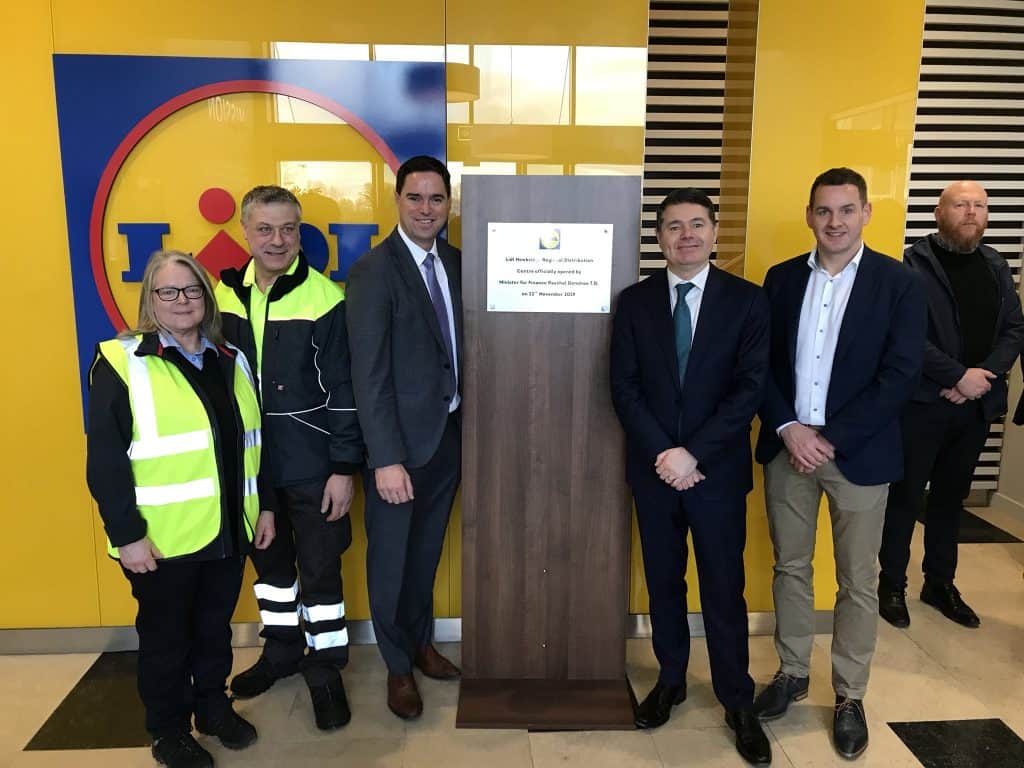 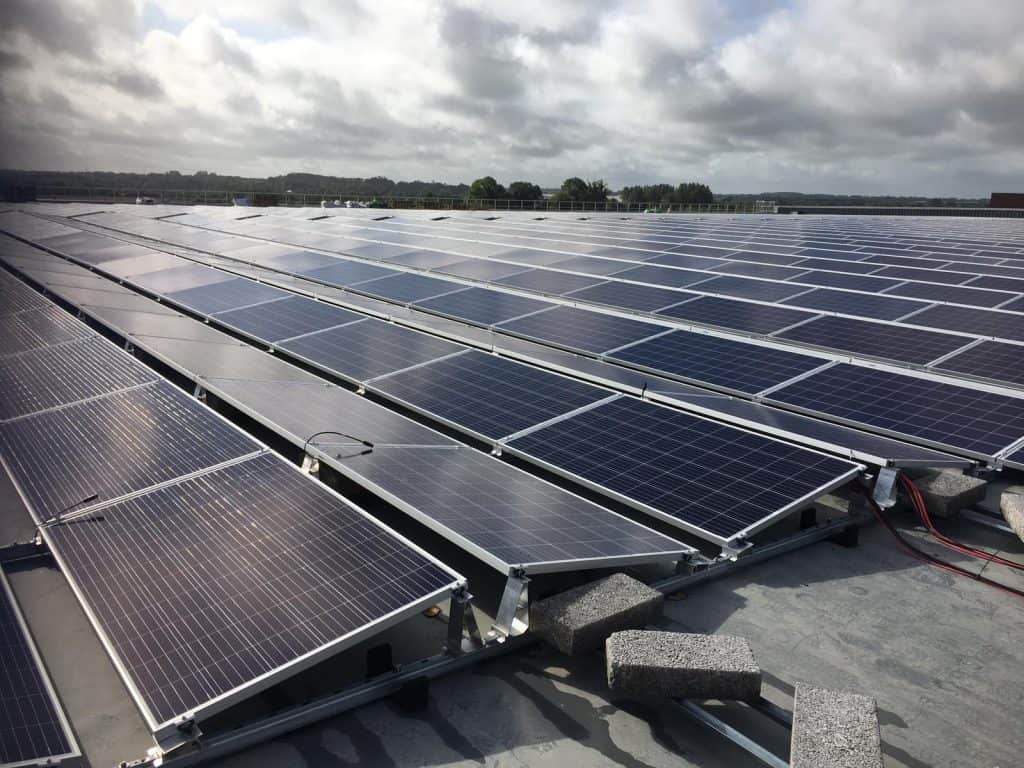 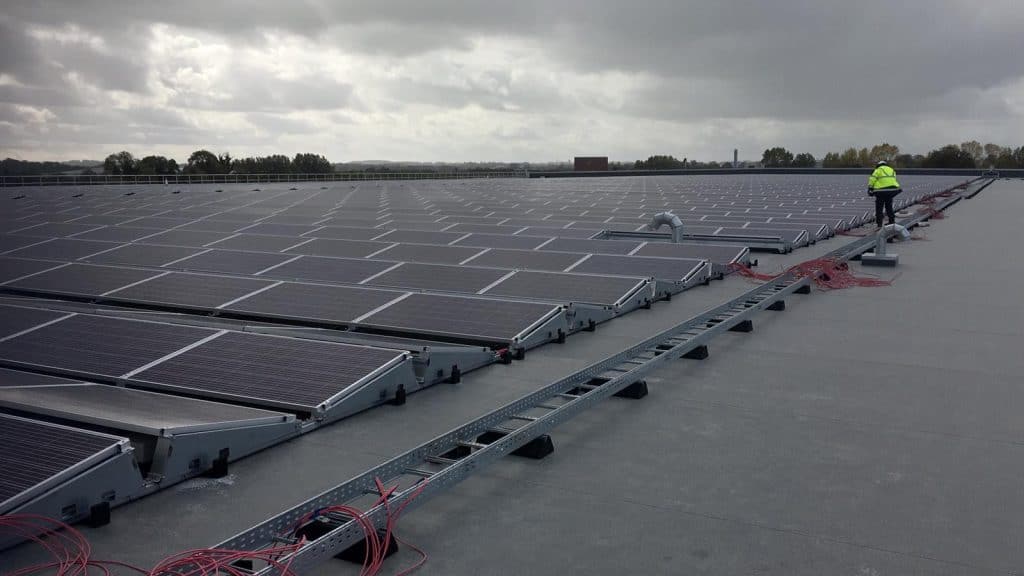 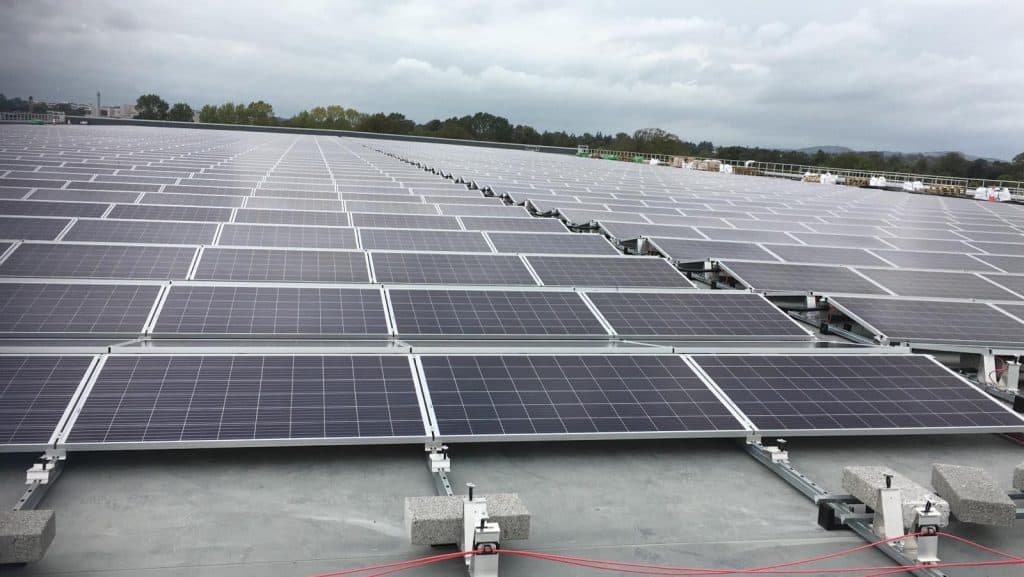 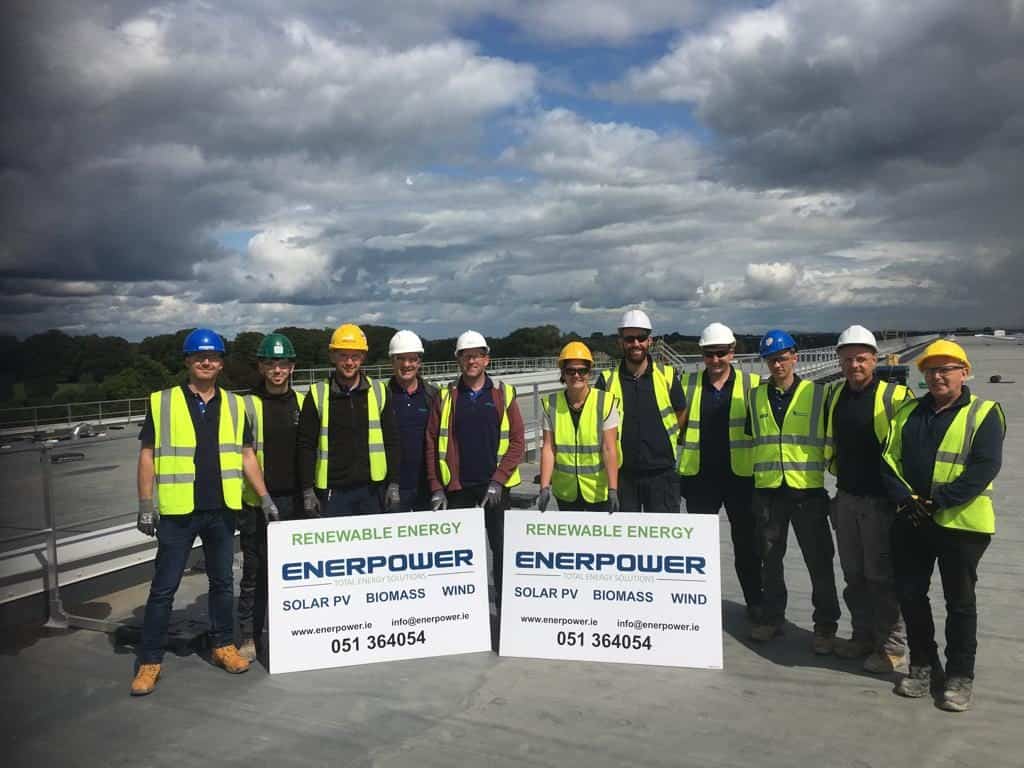 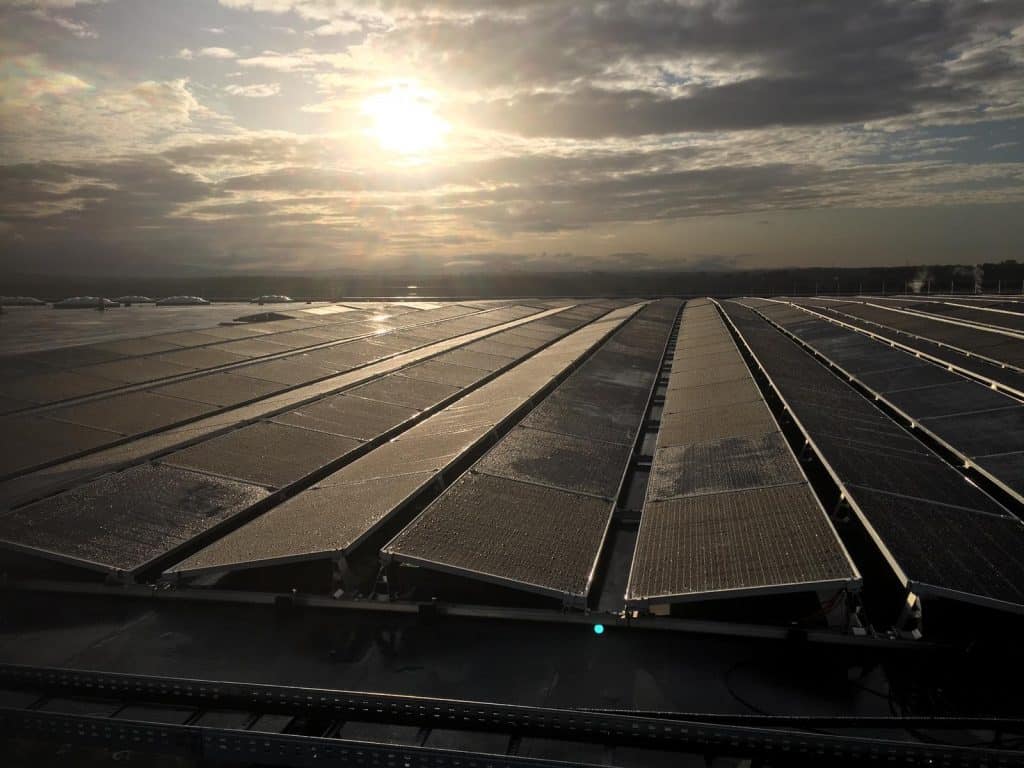 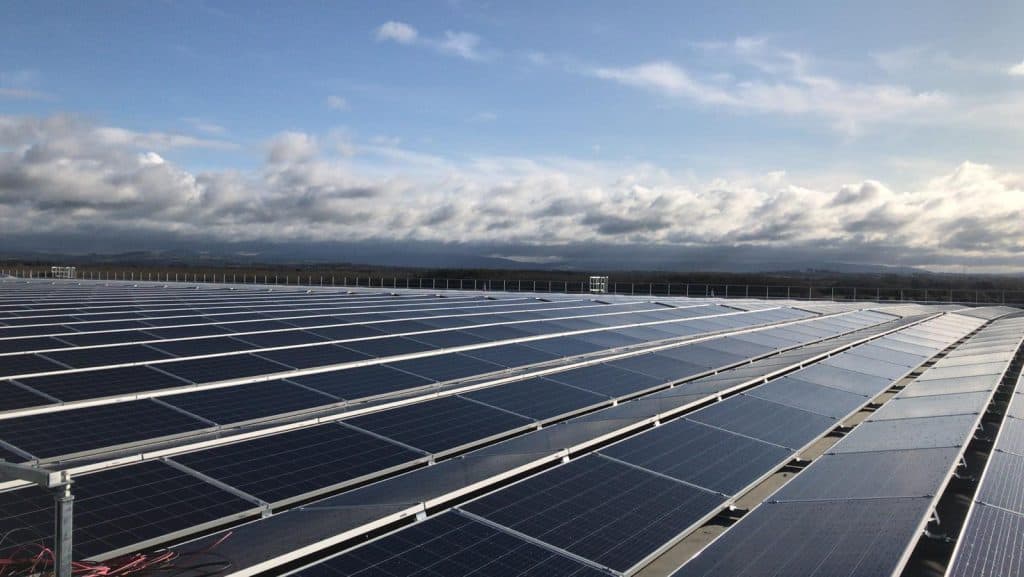