Enerpower are delighted to announce that on Monday 26th July, the Taoiseach, Micheál Martin, officially opened the single largest Solar Farm in the Republic of Ireland. Developed in a joint venture by Eli Lilly and Company and Enerpower, the 16-acre facility will help power a significant proportion of the Lilly plant at its Dunderrow site (near Kinsale) with sustainable energy. 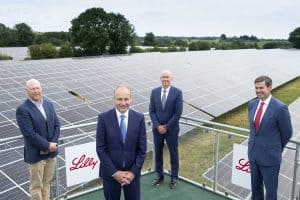 The ground-mounted Solar Farm will produce up to 5.6MW of power allowing Lilly to reduce its annual use of electricity from carbon sources by almost 6GWH and its carbon footprint by 2,350 tonnes. Comprised of 12,600 individual solar panels and costing €5m the development was a joint investment between Lilly and Enerpower, with Enerpower receiving support from the Sustainable Energy Authority of Ireland.

The development consists of photovoltaic panels on a mix of ground mounted and ballasted frame together with all ancillary cabling and electrical infrastructure.  The site with over 40km of cabling will have an annual generation of 5.94GWhr and is wholly designed, built, operated and maintained by Enerpower.

Owen Power, CEO Enerpower commented:  “This solar development is the Republic of Ireland’s largest ever installation of solar panels. Over its lifetime, it will provide enough energy to power the equivalent of all the households of Kinsale for the next 20 years On-site Solar PV renewable generation is one of the most sustainable ways to reduce fossil fuel generated electricity. Enerpower is delighted to be involved with this project – the journey to a zero-carbon world will require many actions, and projects like this are an exciting step forward in the energy transition. We would particularly like to thank the SEAI BEC programme for their support and Lilly for their forward-thinking renewable electricity ambitions.”

“Lilly is delighted to partner with Enerpower on this state-of-the-art solar facility and acknowledge the support of the Sustainable Energy Authority of Ireland to help bring this project to fruition,” said David A. Ricks, Lilly’s chairman and CEO. “We’re proud of our team in Kinsale for their contributions over the past 40 years to produce medicines that make life better for millions of people around the world.”

For more information on this project please email susanhogan@enerpower.ie 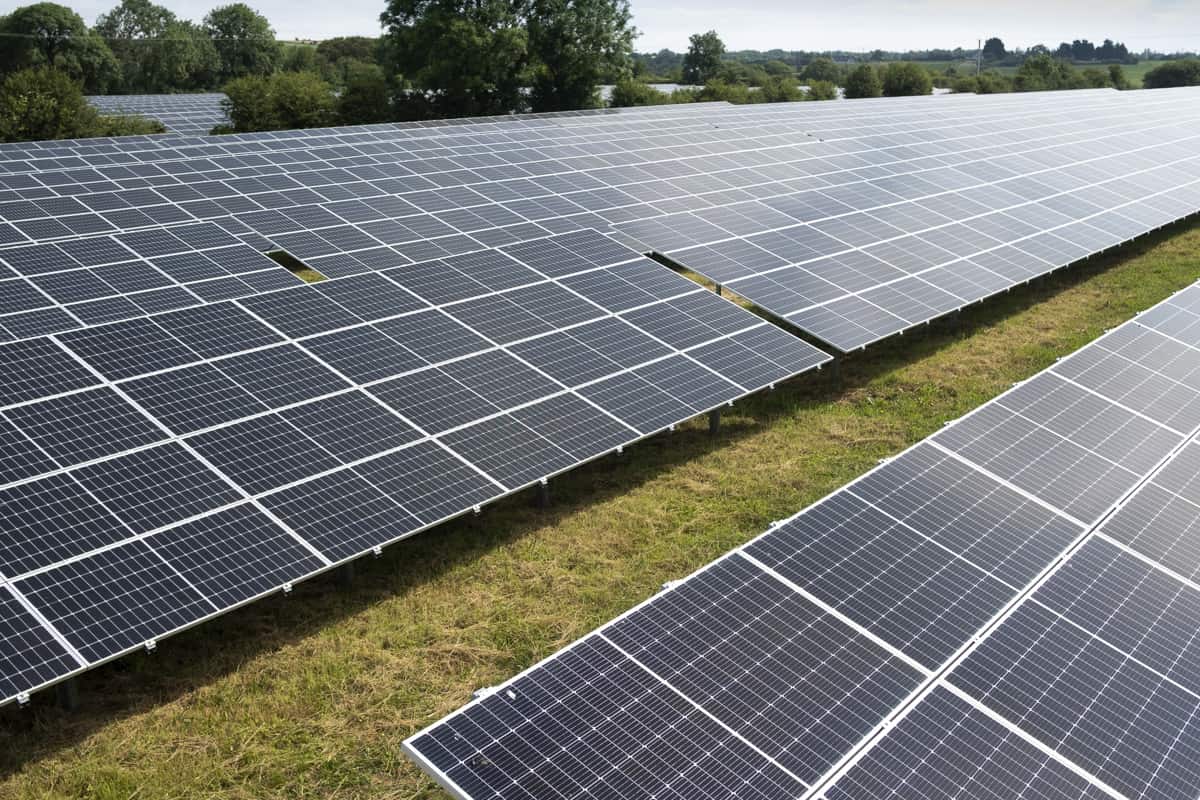